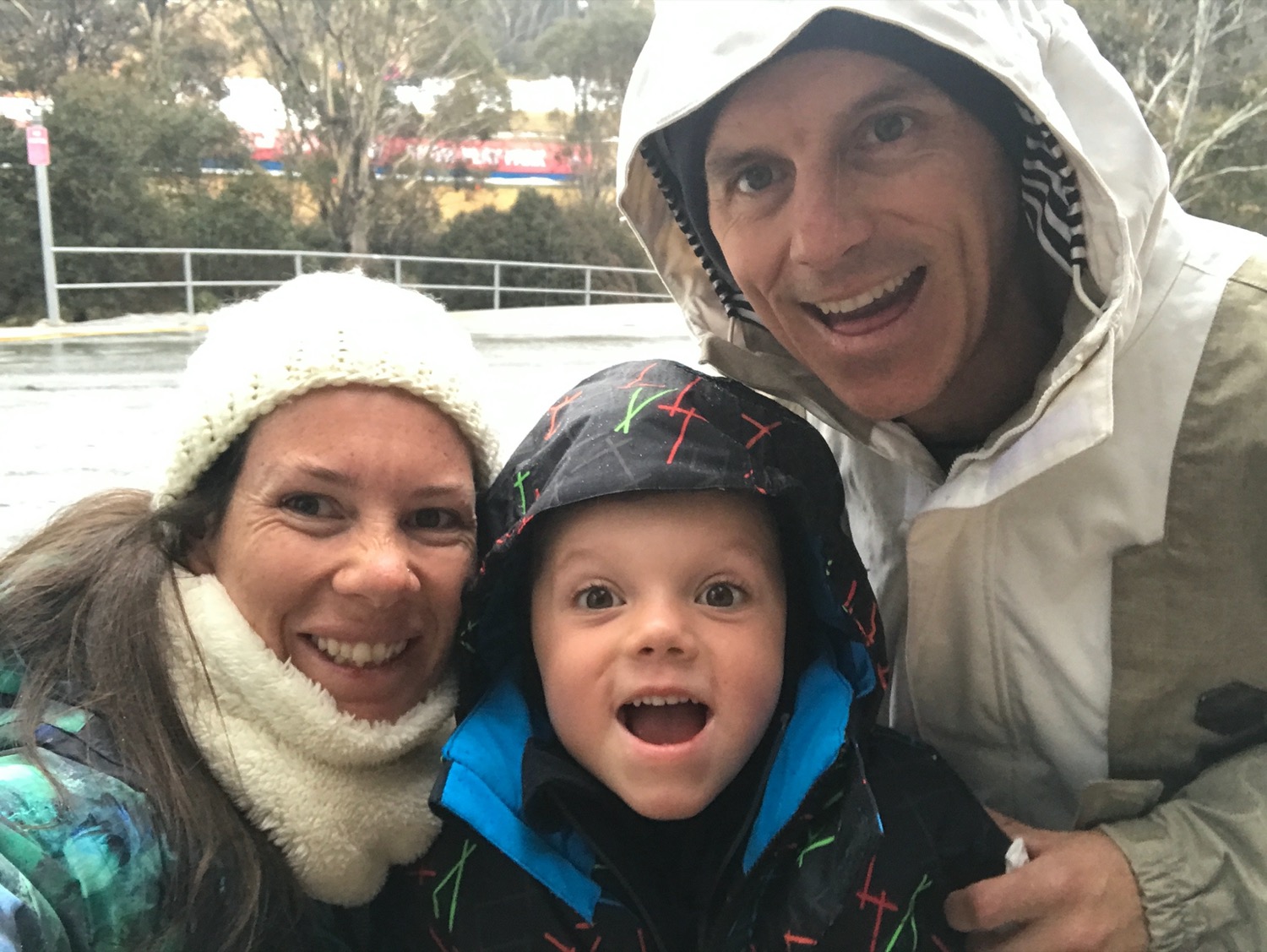 I’m sitting in my chalet at the snow, looking out at fresh power falling on the mountain as I’m writing this. Don’t get me wrong, I’m not complaining but I would much rather be out there snowboarding with my husband than sitting here gazing from inside. I’m more of an activities person if you hadn’t worked that out yet! I’m actually feeling really good, the only reason I know I’m pregnant is because I need to leave the zipper on my snow pants undone in order to wear them. Other than that I feel really well, my body feels great and I have no complaints…….which makes it even harder not to be out there snowboarding. Oh and I can feel some faint little flutters in my belly which I’m pretty sure is my baby moving but no kicks yet!

It’s not an absolute given that I couldn’t snowboard at 18 weeks but it was a risk I wasn’t willing to take. If it was just me cruising down the slopes then it would be fine, but you can’t control the people around you and it would only take one out of control skier or boarder to come crashing into me that could potentially put my baby at risk. My placenta is sitting at the front of my belly, so a big enough force to my abdomen and it could pull away from the lining of my uterus (placenta abruption) and put both me and the baby at risk. This is a very unlikely occurrence but one I would rather avoid at all costs.

The blessing in disguise about not being able to snowboard this trip was being able to watch Denzel snowboard for the first time. He absolutely killed it and I got lots of exercise walking up the hills while he caught the chair lift up so I could see him come down the mountain! As I was walking up for the umpteenth time, I stopped half way for a breather and there was a skier getting a private lesson from an instructor. They were stopped on the mountain discussing something when an out of control snowboarder came down and collected them both. Skis and boards went flying and there were limbs everywhere. Made me pretty happy about my decision not to board this year.

The hardest part about not being out on the slopes with the others is the lack of activity I’m doing compared to a normal week at the snow. A day without exercise makes me grumpy so I try to do some training each day but it’s pretty limiting what you can do indoors at 18 weeks pregnant with no equipment. Our second day was an absolute blue bird day so I decided to walk up the mountain and meet everyone for lunch at the restaurant at the top. It was such a great day and really enjoyable, even though everyone thought I was crazy! It was a 3.8km trek gaining 600m in altitude and took just over an hour and a half. The last part was pretty sketchy as it was icy and I kept slipping over with only about 50m left to climb! Would’ve made a pretty funny sight from the chairlift, imagine if they realized I was pregnant!

Back home tomorrow and back into the full swing of my normal work week. I’m looking forward to not living out of a bag, eating my favourite home cooked meals and getting back to my crossFit gym to lift some weight other than my body weight!

Reserved for the Pregnant Lady