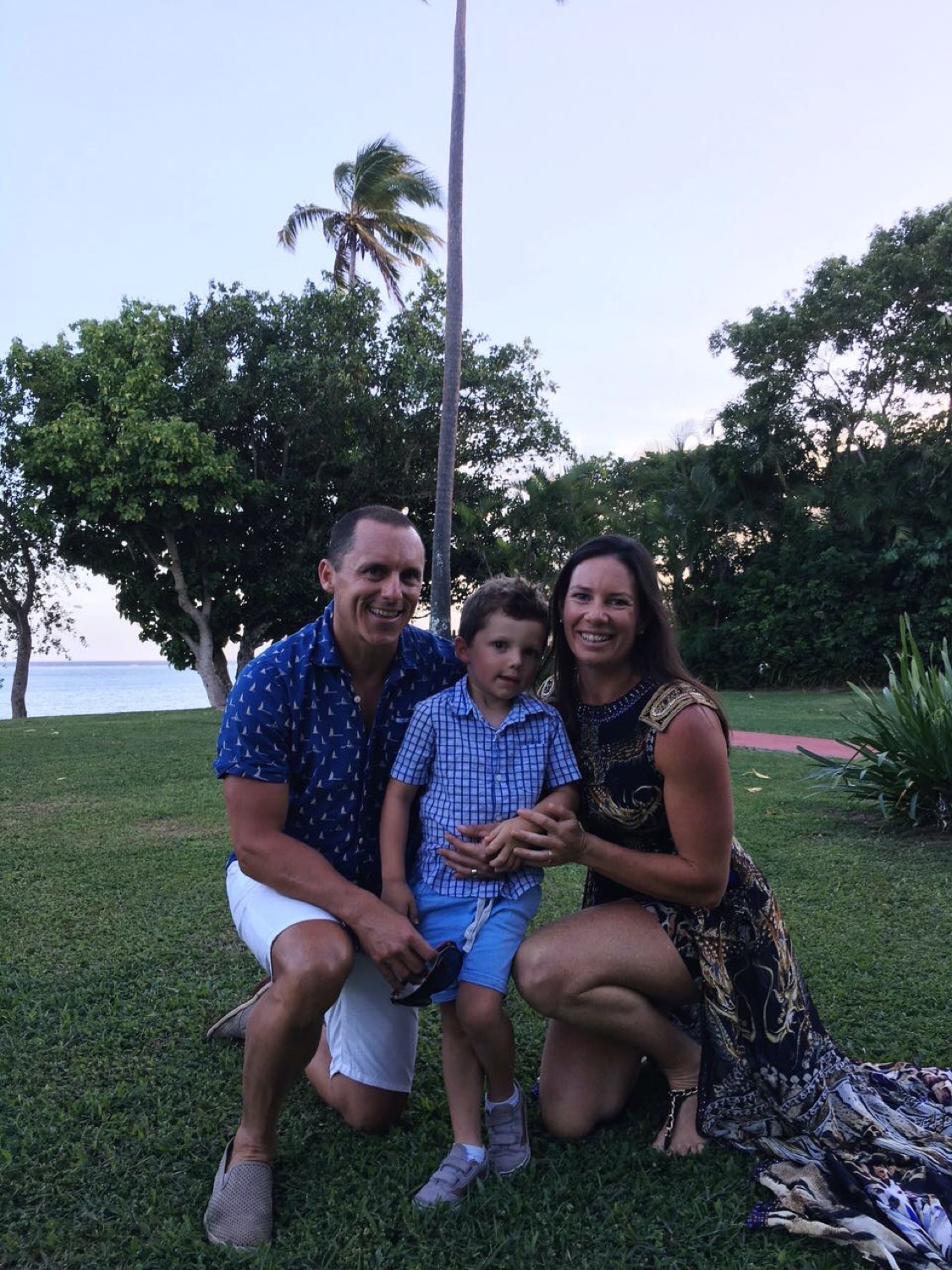 Team Cole have just spent the week in Fiji for a wedding…….not the best timing on my behalf but then again, who gets to time a pregnancy perfectly anyway…….in actual fact if I had my way I would’ve been closer to the 3rd trimester than the very early stages of the first for this wedding but there’s some things you just can’t control and in hindsight the timing of this pregnancy works out better than what I had “planned” originally.

In preparation for travelling I’d arranged for an ultrasound prior to leaving to confirm two things; that it was a viable pregnancy (would hate to refuse drinks at a wedding for no reason) and that it was in the right place (nothing like an obstetric emergency in a foreign country to ruin a holiday, had I unwittingly travelled with an undiagnosed ectopic pregnancy and suffered a bleed while abroad)………this is the problem with being a doctor, sometimes you know too much for your own good (when you’re at uni they call it medical student syndrome when you suddenly develop the exact set of symptoms of whatever disease you are learning about that week!). Good news for me was that I had a perfect little embryo, with a heart beat, sitting snuggly inside my uterus……and there was only one (I made her check and cross check more times than they do on the aeroplane when checking the doors for takeoff).

So off we went to Fiji, 6 weeks and 3 days pregnant…..to a wedding where one of the bridesmaid’s, a sister-in-law of the groom and a friend of the bride (3 separate women) had all been “forced” to stay at home because they were pregnant and had been advised not to travel due to the Zika Virus (a mosquito born disease that can cause the unborn foetus to develop with a very small brain if the mother is infected 8 weeks prior to falling pregnant or any time during her pregnancy)! This is not the first time I’d come up against said virus, you may remember it being rampant in the media around the time of the Rio Olympics due to concerns over an outbreak in Brazil. Australian’s are very protected down in our little part of the world (the virus has not reached our shores) and the answer to most potential threats while travelling is to “delay all non-essential travel”! Anyway, I felt it essential enough to travel to the Olympics last year and we took all precautions against mosquito bites including wearing long clothes and using toxic repellent spray…..until about the 2nd day when we realized there were no mossies to be seen and it was way too hot to wear long clothes so we just got on with the holiday as normal. So with that experience under my belt, I felt safe enough to travel to a country where they may have had a few cases of the disease last year, pregnant but with lots of repellant in tow.

I thought it would’ve been the lather of oily repellent that you could smell from the other side of the resort, or the side boob I was sporting in my suddenly too small bikini top that signaled my pregnancy to my closest friends but no, it was the constant order of various forms of water from the bar that gave me away! I had all intentions of telling our close friends that I was pregnant as soon as I got there…..after fake drinking my way through numerous 30th birthday parties with my first pregnancy, I did not have the energy nor the desire to fake it again this time round. Obviously the earlier in the pregnancy, the bigger chance that something will go wrong and then you have to go back around and tell everyone who thinks you’re pregnant that you no longer are, however should I be unfortunate enough to suffer a miscarriage, I’d be happy to talk about it publically in a hope to help others who may have endured this in the past or go through it in the future. My only instructions were to keep it to themselves and not tell their children due to our decision not to tell our son until the 12 week scan, after which there’s even less chance of anything going wrong. That being said, statistically I now only have a 5% chance of miscarriage (having never had one previously and having a confirmed intrauterine pregnancy with a heartbeat).

It certainly makes it much easier when those around you know you’re pregnant early on, especially when I was parading my body around most of the day in a bikini. I’m sure I didn’t look any different to most people but it feels like I suddenly have “women’s hips” for only the second time in my life and my stomach definitely looks like it’s developed a speed bump that wasn’t previously there when viewed from above or side on (but that may be the horrendous resort diet I have had to endure the past week).  Speaking of food……it is certainly a challenge eating from a buffet in a foreign country when pregnant. It’s not good to eat anything that’s been sitting around for an unknown time or is served on a help yourself basis in case of food borne infections that can potentially harm the developing baby, which effectively eliminates 95% of all breakfast options. I resorted to well cooked poached or hard boiled eggs on toast which were cooked on demand and a banana which was the only fruit option that was presented with its skin intact. Lucky we were only away for a week, the lack of whole foods has definitely left me lethargic and irritable……but then again, maybe that’s just the pregnancy hormones (I’ll have to wait to next week to see if things improve again at home)!