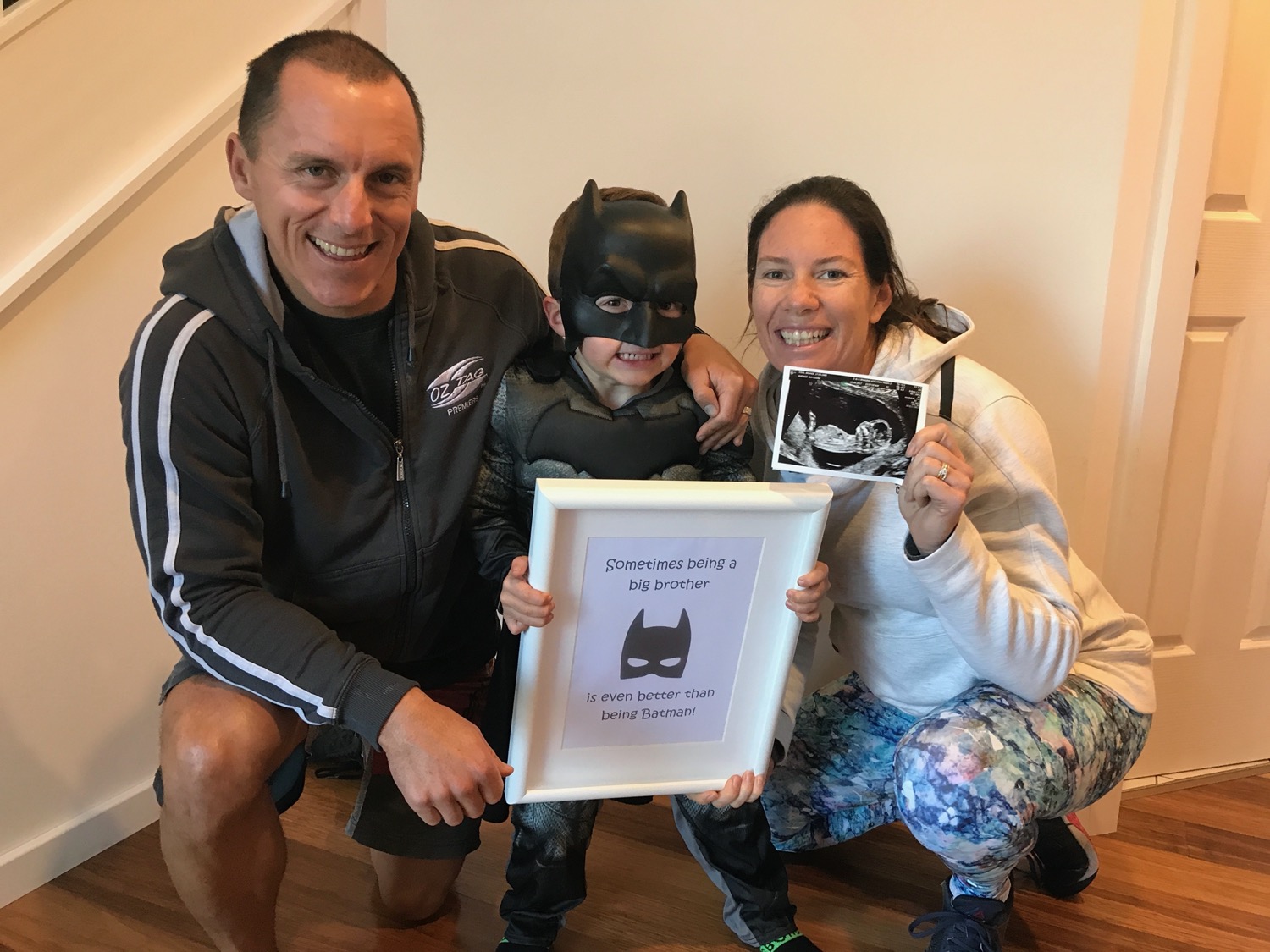 What a week it’s been. We got the all clear from the blood test that the baby doesn’t have any chromosomal abnormalities and we found out that we’re having a girl! It’s pretty amazing that at 11 weeks, from a simple blood test they can use a sample of my blood and find enough foetal DNA in there to map out the chromosomes accurately. So by 12 weeks if you want to, you can find out the sex of your baby with 99.9% accuracy.

I’m having a daughter!!!! I would’ve been perfectly happy with 2 boys and this was definitely going to be my last child regardless of the sex but there’s something nice about having one of each. My husband wanted to keep it a surprise but I definitely wanted to find out and if I knew then he wanted to know. We didn’t find out for our first child and I think it was really nice for him to have the surprise at the birth but from my point of view, I was exhausted and shattered and actually so relieved it was all over that I forgot to find out until my husband said minutes later….”I think it’s a boy…….they’re balls aren’t they”!! So as romantic as that moment was, I decided I’d rather find out early, when we could both share in the joy together, without me being indisposed and covered in body fluids……..(sorry for those about to have their first child, I’m sure everyone’s experience is different!)

I was in surgery (working) when they called me with the results so I missed the call but my best friend was working at the practice that day so she text me a “congratulations, you have a healthy baby” with a pink heart emoji……it was so nice to call my husband and tell him the news and to my surprise he actually sounded really happy to be having a daughter. My best friend is a sonographer and did all my scans for my first baby too, so she new what I was having first time round but kept it a secret for me……it’s nice to be able to share it with her and my friends this time round without having to wait the whole 9 months!

My mother-in-law had mentioned earlier that she’d like to do an afternoon tea with a gender reveal cake seeing that I was going to be telling everyone the gender prior to the birth. She offered to make the cake for me but I decided I’d rather organize one for her and my mum as a surprise for them. We decided that Denzel would cut the cake and find out whether he was having a brother or a sister that way too. We hadn’t actually told him I was pregnant until that day because we wanted to make sure everything was ok with the baby before letting him know. We told him we were taking him to my work to use a machine to look in my belly to see if there was a baby in there but I’m pretty sure he had decided there already was! They way it worked we ended up picking up the cake on the way to the scan but we just told him it was for an afternoon tea with his grandparents later that day. He was excited to see his sibling in my belly and on the way home he was saying “I hope it’s a baby brother”……..so I spent the next few minutes telling him why it would actually be better to have a sister……no sharing of toys, boys days just with him and dad etc etc!! We told him that the cake was a special cake and when he cut it later that day, if it was pink it meant he was having a sister and if it was blue it mean he was having a brother. “I hope the cake’s blue mum”.

We cut the cake to reveal pink sponge to squeals of excitement from both the grandmothers (it’s my mum’s first granddaughter) …..and a look of disappointment I’ll never forget on my son’s face as he tried to be tough and hold back the tears. He gave me a big hug and didn’t lift his head off my shoulder for ages but he managed to hold it together and be ok with the news that he was having a sister and not a brother. As much as I really wanted a daughter, at that moment, with my son so desperately sad, I would’ve changed the gender in a heartbeat had I been able to. Later that day he said to me, “mum, if there was no baby in your belly at the scan, would the cake have been white when we cut it?” The amazing thing about children is that they’re way more perceptive than we sometimes give them credit for. He realized that we’d bought the cake before we “found out” if there was a baby in my belly, so in his mind the cake had changed to pink after the scan……I guess if superheros are real, magic cakes can be too!