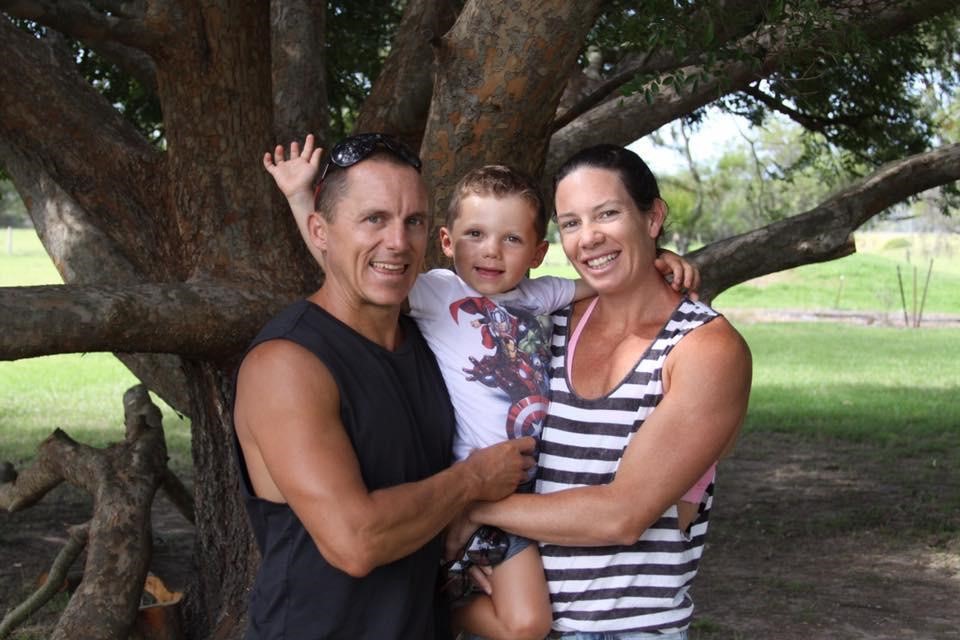 My name is Brandi and I’m pregnant! I’m 34 years old, working full time as a sports doctor while concurrently completing a PhD and juggling my duties as a wife to my husband Murray and a mother to our 4 year old son Denzel. This pregnancy was planned…..as just about everything in my life is, and although it’s running approximately 6 months late on the 10 year schedule I created on graduating medical school 8.5 years ago, it’s actually turned out to be timed even more perfectly than what I had etched out back then. The plan was 50% tongue in cheek and 50% serious because as a new doctor who also wants to be a parent, there are some things that do need to be worked out well in advance if both are to be performed successfully.

I love writing (it would be more than a slight problem for someone doing a PhD not to) but this is my first time blogging. The blog is mainly for my own benefit…..to document my second (and hopefully final) pregnancy should everything work out well and it end with the birth of a healthy human, but also somewhat for others, due to the constant suggestions from my friends that I should blog my pregnancy and share it with the world.  It still surprises me that people actually want to hear my story, but if you’ve come this far I guess you’re somewhat interested so this is how it began for me second time round.

I always knew that I wanted more than one child (but probably less than three) with a fairly sizeable gap in between. My son was born in October 2012 and not long after, my youngest sister became a professional athlete with the Australian Rugby Seven’s squad, which came with the potential to make the Olympic team in 2016. It was decided soon after, that the family would travel to Brazil for the Olympics, whether she was playing in the team or travelling with us as part of the supporter’s crew. There was no way I was going to travel pregnant or with a newborn so it was then decided that my sizeable gap would be at least 4 years and we would begin trying for baby number 2 on touch down from the trip to South America in August 2016.

I had been on the oral contraceptive pill since the age of 18, except for the 8 months prior to falling pregnant with my son, and had gone back on it 3 months after having him. I have never had a regular cycle and due to the 8 months it took to conceive the first time around, I decided to come off the pill in early 2016, prior to our trip away, to let my body get itself into reproductive mode in time for our return. This was against the advice of all medical professionals I spoke to (mainly well wishing colleagues), who were concerned about me falling pregnant prior to or during the trip, with the threat of Zika virus in South America and the birth defects associated with the mosquito borne disease becoming evident in early 2016. “I won’t get pregnant” I assured them……you may not be able to control conception but you can certainly make sure you don’t fall pregnant if it’s really important not to!

The risk of Zika affecting an unconceived foetus lasts for 8 weeks after possible exposure to a woman and 6 months after possible exposure to a man (the virus lives in the semen for much longer)……however due to not seeing a mosquito the entire trip, let alone being bitten by one, my husband and I felt safe enough to start trying as soon as we retuned home. Ironically it would take us until after the 6 months had passed to conceive anyway.

Despite me being off the pill for almost a year, I knew I wasn’t ovulating. I remember having awful period pain prior to falling pregnant with Denzel as well as a host of other symptoms that come with fluctuating hormones, however this time I felt nothing. Absolutely nothing at all. My very light periods were getting lighter by the month (or 2 months or 3) as they got more and more irregular. At one stage I think I had a cycle longer than 100 days! At 34 I wasn’t getting any younger so I referred myself (one of the luxuries of being a doctor) back to my obstetrician to start the process of being checked for fertility sooner rather than later. Except that my obstetrician doesn’t do fertility….so he on referred me to a former colleague now working at IVF Australia who specializes in getting women pregnant. The first available appointment was in March 2017 so there was more waiting (and trying) to be done until then.

Literally 4 days before the appointment I got what I recognized as my first normal period. It worked out well for the myriad of blood tests and scans for the initial fertility checks that I knew where I was in my cycle.  My best friend is a sonographer and was tasked with doing my egg count via transvaginal ultrasound. “The good news is you have plenty of eggs” she said……..”the downside is that you have about 60 follicles on each ovary when you’re only meant to have around 12 visible on each one”! Polycystic ovaries…….but with a normal hormone profile I had escaped the syndrome associated with it. My husband’s sperm counts were all perfect so aside from my overeager ovaries, there was nothing else that was potentially affecting our fertility.

The plan was to wait until the next cycle (my next period) and then take a drug that stops the body converting testosterone into oestrogen, so the oestrogen levels would fall and my hormone system would get kicked into gear in response to that, theoretically leading to ovulation of a dominant follicle…..but during the ultrasound, my friend had spotted a follicle that was bigger than the other 59 on the scan and when I told the IVF doctor about it, she decided to track my current cycle as if I was on IVF anyway, in case I ovulated naturally and could therefore potentially conceive. “Just pop into the clinic on your way to work every 2- 3 days for blood tests and scans and we’ll see how you’re tracking” ……subsequently I have an even greater respect for women going through IVF, just the time consumed alone is enough to get you down and I wasn’t even under the effects of any body altering hormones to make the whole process even more unpleasant.

5 blood tests and 2 ultrasounds later I got the call that I’m sure every woman longs for when going through this process…… “you’ve had a hormone surge and it looks like you’re going to ovulate tonight”! “Tonight’s the night then” I said to her on the phone and then again later that day to my husband……certainly isn’t a very romantic way to conceive a child but it’s the result that matters more than the process!!

The next day I found $2 on the ground at the café we go to for breakfast and I carried it around with me for the next 2 weeks. I’m not very superstitious but I took it as a positive sign and so far it’s working out well for me. A week later they checked my bloods to make sure I had ovulated (seems as though I had) and a week after that, a pregnancy test was performed. “Congratulations…….you’re pregnant!” I heard down the end of the phone…….but I already suspected it due to my sore boobs! So here I am, 4.5 weeks pregnant with such a long way to go but very, very lucky how quickly things worked in my favour once I sought out some help. So if you’re still reading this, somehow I’ve managed not to bore you…..so welcome to my journey as I documents the ups and hopefully not so many downs of pregnancy as a working mum!