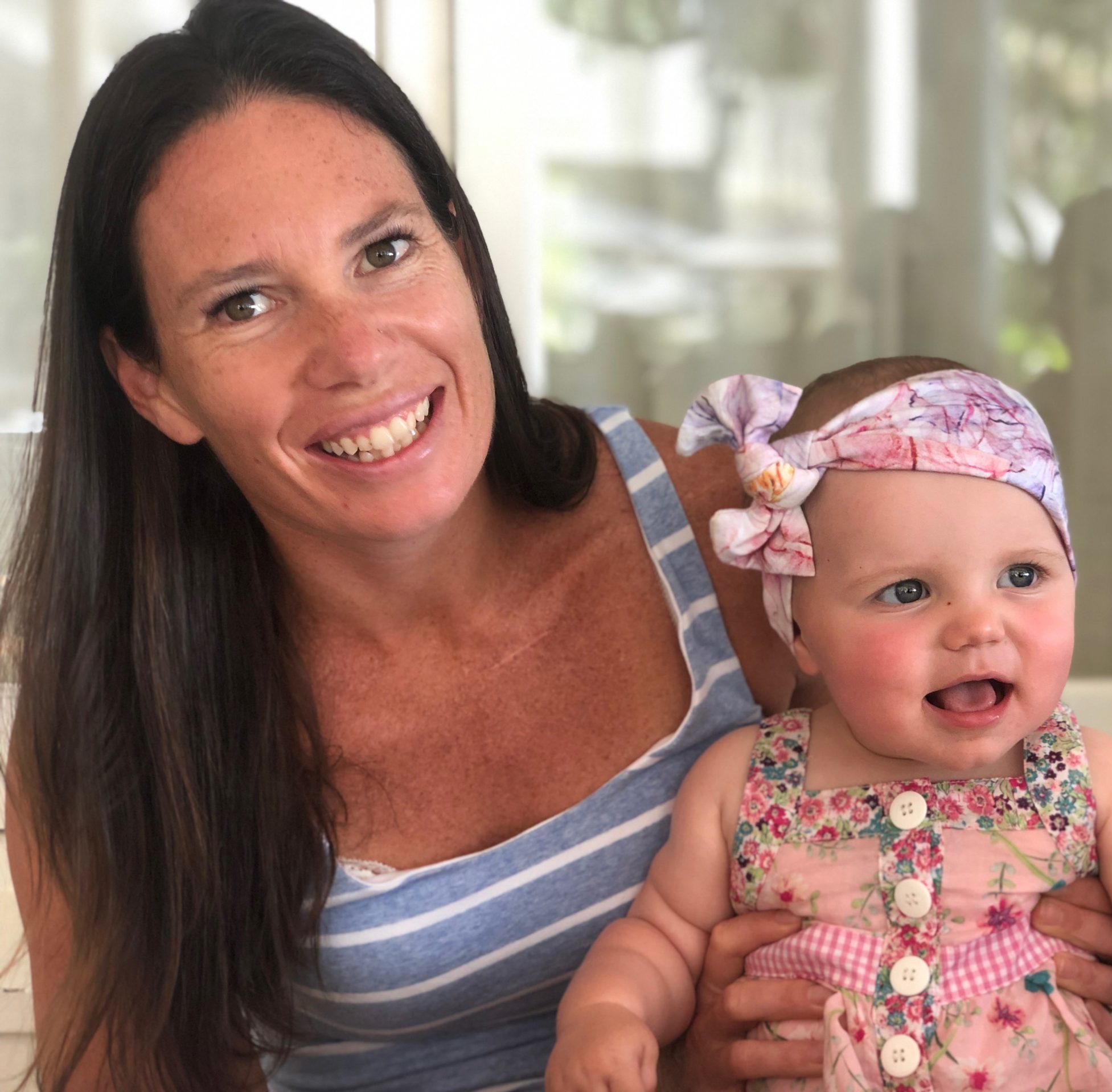 Where did that year go???

As I sit here in Hawaii, reflecting on my first year as a mum of 2 kids, it’s hard to remember what it was like before all the chaos! I still think the hardest part of parenthood is when you go from being a couple to having your first child and becoming a family. Suddenly your time is not yours anymore, there is someone who depends on you for everything. It takes some time before you develop your routine and they start to give back to you instead of just taking. That can take a while to get used to and you never truly realize how much time you used to have, until you no longer have it!

That being said, there’s still an adjustment needed after having a second child and seemingly doubling the workload (hats off to mothers of twins or multiples). Having a big gap between my children (5 and a quarter years) definitely helped with the newborn phase as I had a mini helper on hand when I needed him……but he also needed me….like when he started school when his sister was 4 weeks old. The thing about having more children is that there’s always someone who needs something and again, you realize you used to have more time than you thought you did, now that you can see how much less time you have afterwards! I have no idea how people have more than 2 and still have time to do anything else …..but I don’t like noise, or mess and I’m working almost full time as well as studying for my medical specialty exams…..so I guess I’m filling my limited time with a bit more than most!

The year got off to a slightly bumpy start when Nikita became unwell at 5 weeks old. I went back to work in theatre 2 weeks after having her and was still doing some of my sports coverage on the weekends. I remember thinking that she felt hot one day as I was dropping her to my mother-in-law on my way to work (my husband was also at work). I thought she might have had a fever but then I thought “that’s ridiculous, why would a newborn have a fever” so considering we were in the middle of a hot summer, I dropped her off thinking maybe it was just the weather but also knowing in the back of my mind that it was probably better she was with my mother-in-law if she was getting sick, as she’d have a lower threshold to take her to hospital if needed. Sometimes it’s a curse being the child of a doctor!

She seemed fine when I picked her up and I asked how she was. “Fine, no problems at all……but I could feel her heart racing when I was holding her on my chest” said my mother-in-law. It was the first time my in-laws had looked after her on their own and babies normally have a much faster heart rate than adults so I dismissed it. In hindsight, she was probably quite unwell already. The next morning she was fine and I figured it must have just been the weather that made her hot the day before……but then she woke up from an afternoon sleep and she was so hot I could’ve fried an egg on her forehead. No doubt it was a temperature, even without a thermometer. I thought about taking her up to the hospital (it was a Sunday afternoon so the GP wasn’t open) but just to be sure, I looked up the therapeutic guidelines for fever in a newborn to see what they would do when I got there (who wants to sit around an Emergency Department if you don’t really need to be there). FEVER IN A NEWBORN IS ALWAYS AN EMERGECNY. …….. it said in capitals and bold font. Right then, up to the ED we go!

Turns out she had a urinary tract infection and the bacteria was also in her blood so she was probably a few hours from becoming severely unwell. Babies are so resilient…..until they’re not. She needed to go on IV antibiotics and was on the drip for 10 days. That was a long 10 days in hospital for us both. Not to mention that my sister’s hens party was in the middle of the stay and the day we got out of hospital we went away for her wedding where I was in the bridal party!

Since then she’s been really well. She had to have oral antibiotics from a syringe for six months as a precaution to getting another infection but other than that, it’s been relatively smooth sailing. As smooth as it can be when you’re trying to study for the hardest exams of your life, get your son through his first year of school, work and look after a newborn!

Nikita went on her first flight at 4 months old when I worked at the Commonwealth Games in Queensland and brought my sister along to nanny for me when I went to work. Her first overseas trip was with us to a wedding in Queenstown, New Zealand when she was 7 months old. That time my mum and dad came to help out. I’ve been on 2 overseas work trips through the year for 3 weeks at a time when my wonderful husband single parented the two kids at home whilst also working full time (with the support of my amazing mum and the rest of my family)……and now we’re on our annual family holiday for Christmas and this year the destination is Hawaii. I could think of much worse places to turn 1!

So I guess the moral of my story so far is that you can achieve anything you want to with kids, you just have to be super organised and not want any time to yourself! I’ve always thrived on being busy and this crazy lifestyle suits me perfectly. I’m also blessed to have the wonderful support of both sides of the family who are always there for me when I need them (sometimes it feels like my mum is dropping the kids to me to mind them for a short time and not the other way around because she has them so often)! I always make sure I get an hour of exercise in each day, which is my time, no matter how busy I am and I never feel guilty about this.

Kids are adaptable and although they like routine, it doesn’t have to be strict. My kids are always being shipped around to various places for my work or our holidays but I think that’s part of what makes them so resilient and I also think it goes a long way to helping with their overall development.

COVID-19: the individual v the population